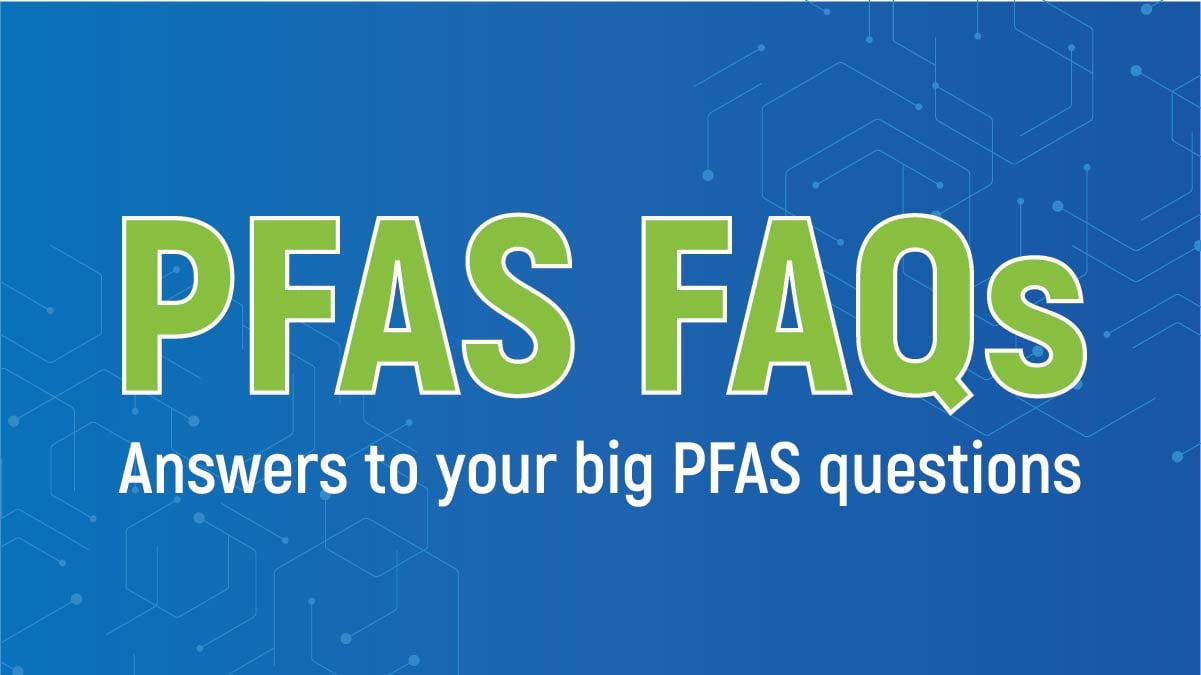 Released in Q4 2021, the U.S. EPA’s 2021-2024 PFAS Strategic Roadmap includes a number of planned actions related to wastewater. To help municipal and industrial wastewater professionals get up to speed quickly on current and pending actions, we’ve compiled this list of frequently asked questions.

We’ve also included this list in our eBook: The Wastewater Professional’s Guide to PFAS Contamination and Testing. However, things happen fast in the PFAS world, so we’ve added some last-minute additions to our responses based on actions taken by the EPA and others in the few short weeks since we published The Guide.

What’s the status of the new PFAS test methods under development by the EPA for non-potable water and solids?

The recently published EPA Method 8327 was finalized for EPA’s RCRA program, but has limitations that restrict its applicability to wastewater testing for PFAS. EPA Draft Method 1633, published in August of 2021, is a more relevant method for wastewater professionals. This method is capable of analyzing for 40 PFAS compounds across several non-potable water and solid matrices. As written, this method closely resembles PFAS by Isotope Dilution, a method developed by Pace® for non-potable water and solids, which is also used by the DOD and several states. Pace® is participating in the EPA’s multi-lab validation study for Draft Method 1633.

Eventually, Method 1633 will be adopted into SW-846 and given an SW-846 test method number. The SW-846 method will be required of environmental programs that fall under RCRA and CERCLA jurisdiction, such as solid waste facilities and Superfund sites. We expect Method 1633 and its SW-846 counterpart to replace lab and state-specific SOPs as well as become the method of choice for DOD projects. In fact, the DOD has already issued a timeline for when it will require the use of Method 1633, whether it is still in draft form or not.

Update: As we noted in The Wastewater Professionals Guide, we expected that, once finalized, Draft Method 1633 would be the required method for regulatory programs that fall under the EPA Office of Water, including wastewater and stormwater discharge monitoring. However, this happened a little faster than we anticipated. On April 28th, the EPA issued a memo stating that Draft Method 1633 is now the required method for National Pollutant Discharge Elimination System (NPDES) permitting. In the memo, the EPA also stated that the new Draft Method 1621 for Adsorbable Organofluorine (AOF) may also be used. Pace® recently provided the method’s single lab validation study for EPA.

Do I need to test both untreated and treated wastewater at our treatment facility for PFAS?

This is a common question we get from water quality managers and wastewater professionals working at both municipal wastewater treatment facilities and in industry. Testing treated wastewater before it is released into the environment where it can directly impact drinking water sources or local wildlife is vital.

If treated effluent levels are elevated, testing influent can provide a clearer picture as to the source of the PFAS. As noted in our discussion on test methods in The Wastewater Professional’s Guide, TOP Assay can detect PFAS precursors that may be converted into terminal PFAS during traditional wastewater treatment.

Any PFAS present in the influent may also be passed on to the sludge produced during processing, so testing effluent is also critical if the facility plans to market these biosolids for land application as fertilizer. Some states are currently considering legislation requiring the testing of these biosolids before they are land applied. As the U.S. EPA issues monitoring orders to industry, testing both untreated and treated wastewater may be called for by law. Landfills may also be required to test leachate for PFAS.

Update: In April 2022, Maine became the first state in the U.S. to ban the application of biosolids as soil amendments.

Update: New Hampshire state legislators passed a bill in May that allows wastewater treatment facilities to require providers of discharge to their facilities to test for PFAS.

What’s the status of regulations related to PFAS in biosolids?

Traditional wastewater treatment does not remove PFAS, so any PFAS in municipal wastewater influent may be passed on to the sludge/biosolids produced during the treatment process. It is estimated that at least 50% of these biosolids are land applied as soil amendments in the U.S., and PFAS has been detected in many farm products such as meat, eggs, and milk.

At the state level, Maine has led the way in considering legislation to combat PFAS contamination in biosolids. As noted above, Maine became the first state in the U.S. to ban the application of biosolids as soil amendments, and New Hampshire state legislators passed a bill in May that allows wastewater treatment facilities to require providers of discharge to their facilities to test for PFAS. More states may follow the lead of Maine and New Hampshire as the focus on PFAS in farming heats up.

At the federal level, the U.S. EPA is initiating a couple of actions related to PFAS in biosolids. Once finalized, EPA Draft Method 1633 will be required for analyzing biosolids. Until 1633 is a final method, however, Pace® is certified in many states and with TNI NELAC to use the Pace® PFAS by ID method. Pace® is also bringing EPA Draft Method 1633 online and will make it available before finalized by the EPA.

The EPA is collaborating with the DOD to develop Method 1633, which will be appropriate for analyzing a wide range of matrices, including biosolids, for 40 PFAS compounds. The 2021-2024 PFAS Strategic Roadmap calls for this method to complete multi-lab validation for wastewater by fall 2022, thereby allowing the promulgation of this method under the Clean Water Act.

Update: As noted above, the EPA has moved quickly with Draft Method 1633, requiring its use for NPDES permitting despite the method not yet having completed multi-site validation.

What are the recommendations for disposing of sludge/biosolids contaminated with PFAS?

At this point, there really is no easy answer. In many municipalities, sludge is sent to the local sanitary landfill. If the sludge is contaminated with PFAS, it will add to any contamination that is already present in the landfill from other PFAS-containing waste, e.g., waterproof fabrics, food wrappers, household chemicals, etc. This is one of the reasons it is so important to test landfill leachate before releasing it into the environment or into the wastewater treatment cycle.

Incineration of sludge is also used as a disposal method. However, there is new research suggesting that many commercial incinerators may not reach temperatures high enough to destroy the chemical bonds of PFAS. Particles of Incomplete Combustion (PICs) containing PFAS have been found in stack emissions and in communities surrounding these incineration sites.

Update: The DOD has temporarily halted the incineration of AFFF (aqueous film-forming foam) containing PFAS due to similar concerns over incomplete combustion.

Should we test our effluent for total organofluorine?

This is a question best presented to your legal and risk mitigation team, but there are a few things you should consider. There are ongoing discussions in the scientific and regulatory communities about regulating PFAS as a class of chemicals. The EPA’s 2021-2024 PFAS Strategic Roadmap calls for increased toxicity testing on several of the more common PFAS and a detailed review of the available data. From a liability perspective, organizations should understand that legal limits do not need to exist at the time the contamination occurred for the responsible parties to be held accountable years, and even decades, later. Many of our industrial clients are testing wastewater discharge for specific PFAS beyond those targeted by the EPA and for total organofluorine.

Total organofluorine data provides deeper insights into PFAS contamination as it enables detection of the total of all PFAS present as a single number versus the total level of individual PFAS compounds, which helps inform risk mitigation and remediation strategies. The development of Draft Test Method 1621 is a great example. As noted above, the U.S. EPA has included it as an allowable test method for NPDES permitting even though the method has yet to be finalized. See the test methods section of The Wastewater Professional’s Guide for more details on other TOF methods for analyzing total organofluorine.

For a more complete assessment of EPA actions impacting your industry or organization, watch our most recent on-demand webinar: PFAS Considerations for Wastewater Professionals, or reach out to our emerging contaminants team for a customized Technical & Regulatory Briefing. 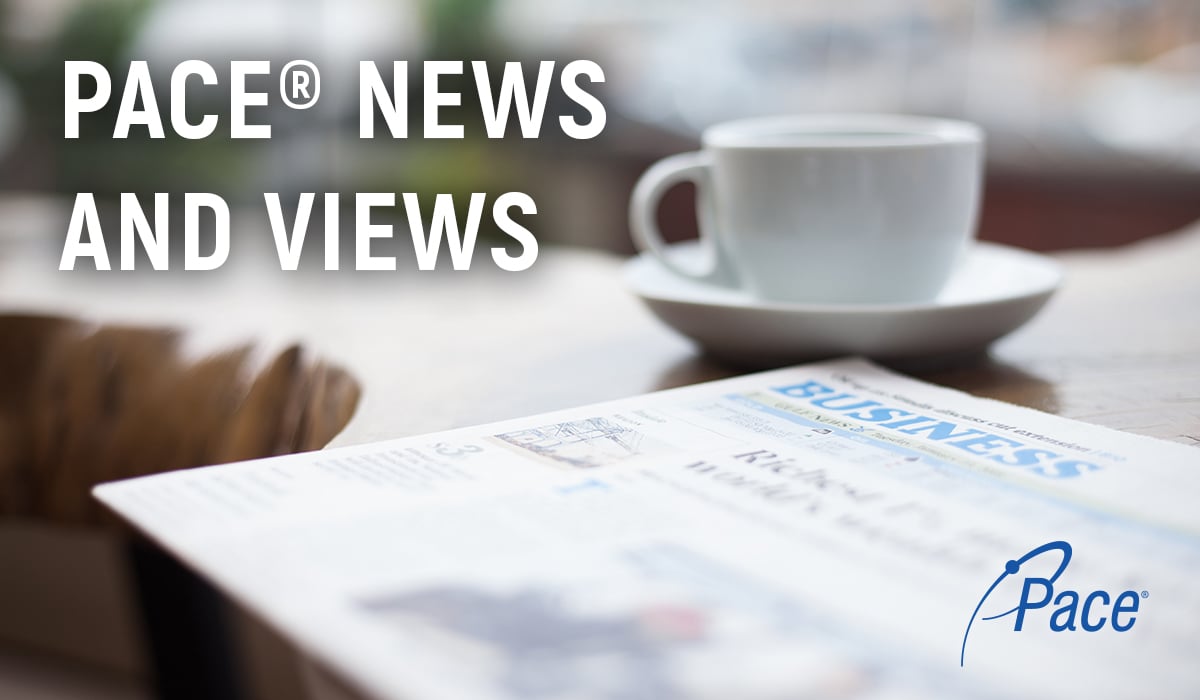 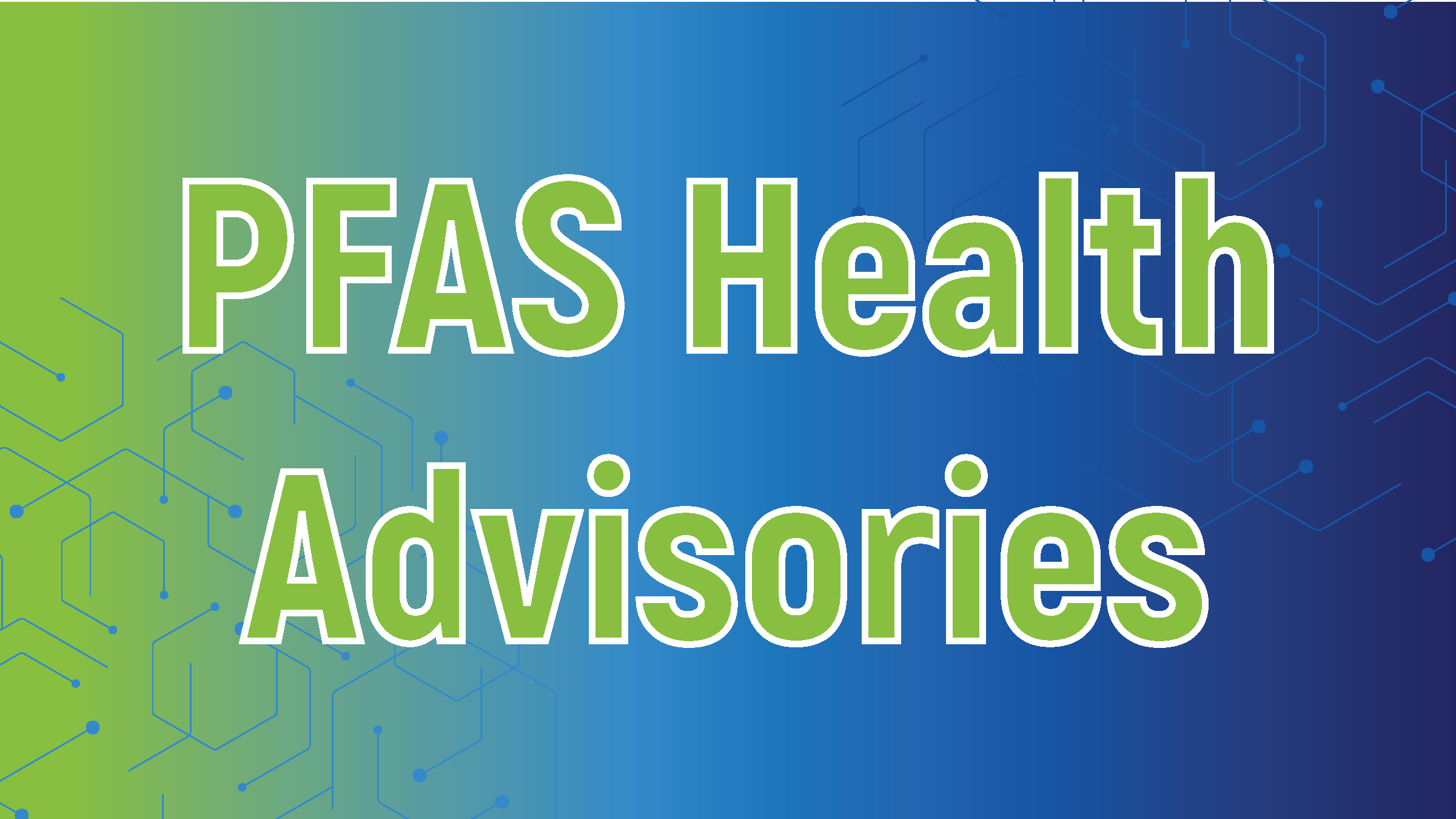